Back to main Blog 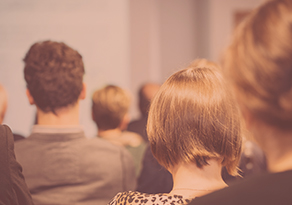 Dr. Ron Smith is one of the great intellectual minds of our time. More importantly, he has a heart and understanding of our industry that is recognized and admired by anyone who has had the pleasure of being in his presence. In his talk, “The Journey of Parity,” Dr. Smith gives us a first-hand view of the beginnings of addiction being viewed as an illness, treatment, and the plight that eventually led to the enforcement of Parity. It has been a journey indeed.

Dr. Ron Smith spent 36 years in the Department of Defense and was one of the physicians developing the alcohol treatment programs for the United States Navy and later contributed to the development of the Betty Ford Center. He was for 20 years Chairman of the Dept of Psychiatry at the National Naval Medical Center. As the Psychiatric Consultant for the Senate and House working with the Honorable Jim Ramstad and the Honorable Patrick Kennedy, he helped with the Ramstad-Wellstone Act which eventually passed as the Parity Bill. Annually recognized by the Consumers Research Counsel as one of America’s “Top Psychiatrist in Psychoanalysis and Addiction Medicine” he continues to Lobby for Compliance with the Provisions of the Parity Act. Ron spent 20 years in and out of the Middle East, India and Pakistan working closely with Senator Arlen Specter and developed a Political Psychology Consulting Practice. Dr Smith has a major interest in Adult Development, Growth in Recovery and Post Traumatic Growth and teaches these areas

Back To Top
© Copyrights 2020 Billing Solutions. All rights reserved.